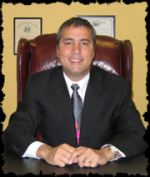 Brief Description of the Legal Career of Shandor S. Badaruddin

I worked during law school for the firm of Baker & McKenzie researching issues related to International Trade, as well as the Pension Benefit Guaranty Corporation researching issues related to ERISA. These were useful experiences but I wanted to represent real people in court regarding issues that would make a difference in their lives and give purpose to mine. I worked for the Public Defender’s Office in Atlanta, Georgia after graduating from Emory University School of Law in 1990. I defended indigent citizens accused of felony offenses at trial and on appeal.

In 1993, I opened my own office and continued to defend criminal cases in the state and federal trial, appellate, and habeas courts in the Atlanta metropolitan area. I also represented plaintiffs in personal injury cases. In 1994, I attended the Trial Lawyer’s College in Dubois, Wyoming. In 2002, I moved to Missoula, Montana, and represented plaintiffs in civil actions, such as professional negligence, products liability, and civil rights violations. In 2005, I became a founding member of the law firm of Moriarity & Badaruddin PLLC. Since that time I have continued to represent plaintiffs in civil actions and defend criminal cases in state and federal trial and appellate courts in Montana, Wyoming, Utah, Idaho, Arizona, Georgia, California, Oregon, New Mexico, and Nevada.